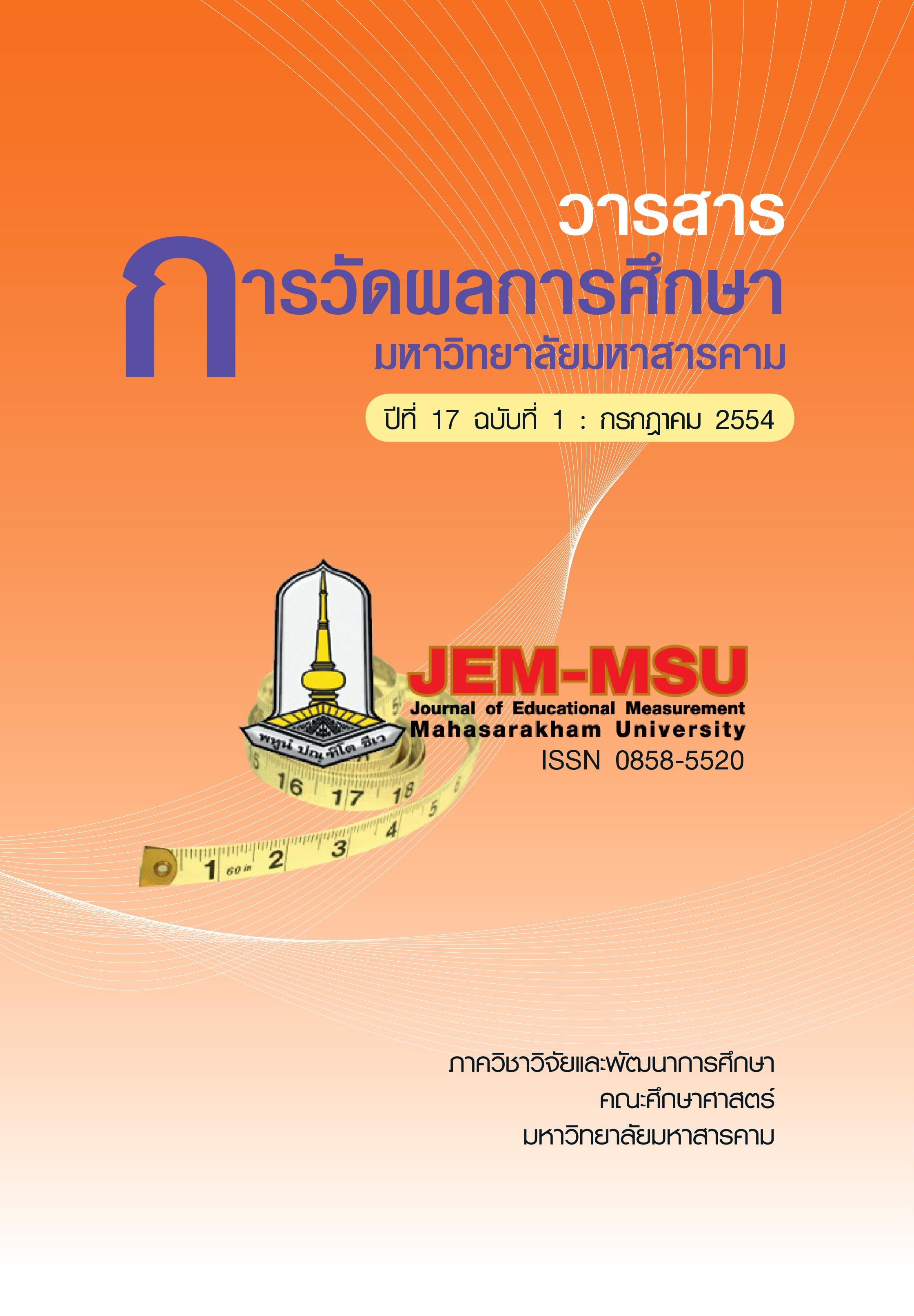 Measurement and evaluation of learning are parts of the process in evaluating the
learners’ acquired abilities as well as indicators of success according to curricular guidelines.
Parallel tests constructed using the Facet Design are tools developed using special
characteristics of the tested subject. The tests can accurately and subjectively measure
students comprehensive abilities. Good parallel tests constructed using facet model can
substitute one another. The purposes of this study were to construct mathematics parallel
tests using facet design on “The Factoring of Degree-2 Polynomials for Matthayomsueksa 2
students. The sample consisted of 645 students in the level from 6 schools in zone 1 of the
Educational Offce of the Kalasin Province . The tests were conducted in the second semester
of the academic year 2007. The multi–stage random sampling technique were used to select
the sample. The tests used were two multiple choices tests with thirty items of fve choices
each. The parallel tests were constructed using the Facet Design. The two tests were
compared in terms of ranges of diffculty, discriminating power as well as reliabilities, means
and variances of the scores. The statistics used for this analysis are t-test and F-test.
The results of the study were as follows :
1. The two tests gave the following results :
1.1 Test #1 had diffculties range 0.32-0.66, discriminating powers 0.40-0.90,
mean=14.91, variance=65.74, and reliability=0.92.
1.2 Test #2 had diffculties range 0.35-0.66, discriminating powers 0.38-0.89,
mean=14.85, variance=66.26, and reliability=0.92.
2. The two tests were highly correlated with the correlation coeffcient of 0.95
which were signifcantly correlated at the 0.01 level.
3. The tests constructed using the Facet Design showed parallelism in both contents
and statistical characteristics i.e. there are no statistically differences in terms of diffculty
ranges, discriminating powers ranges, means, variances, reliabilities of the scores.
In conclusion, the Facet Model is a good technology for writing parallel tests and have
parallelism in both subject matters and statistical characteristics in accordance with standard
criterias for parallelism of tests.