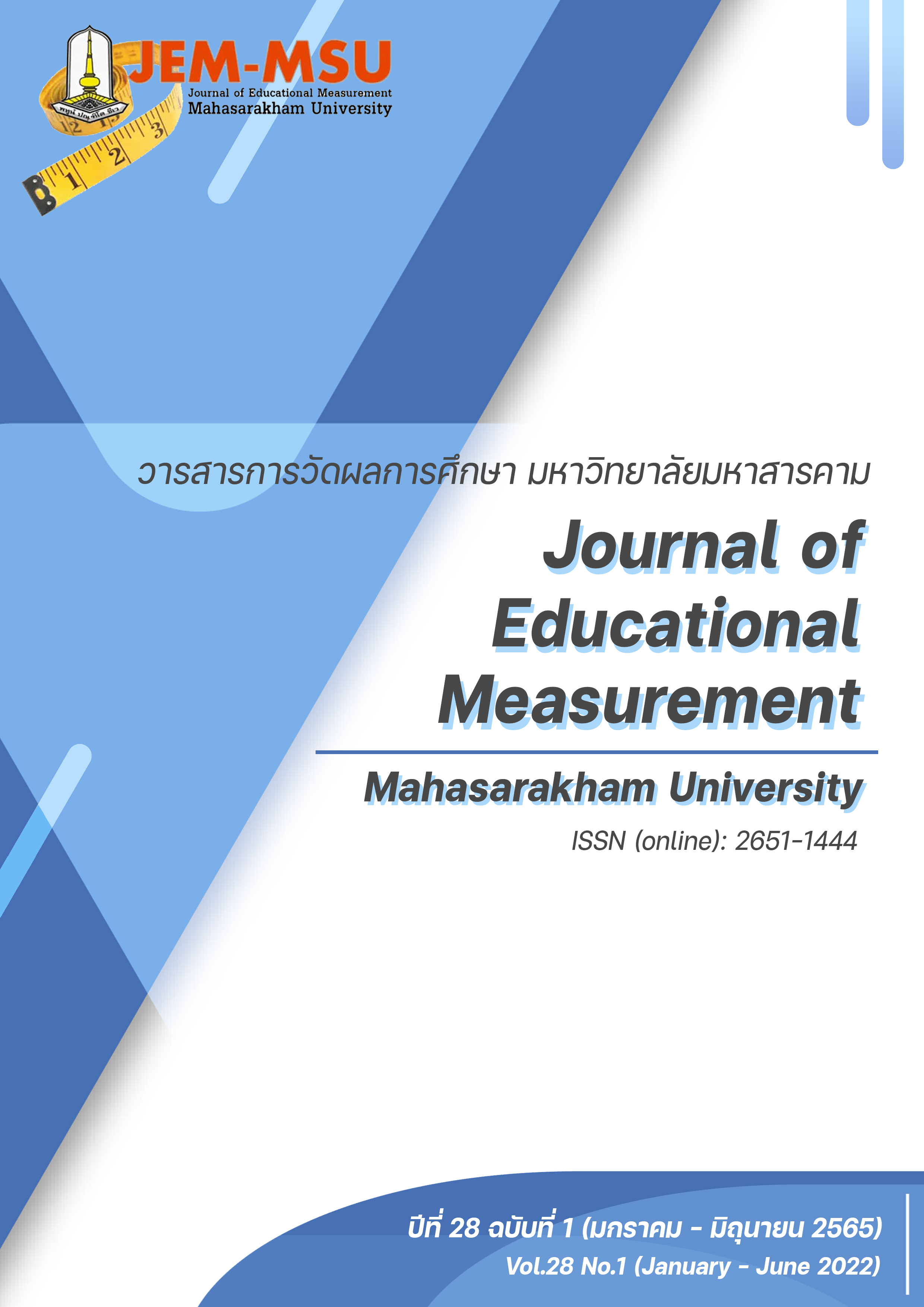 ij) of each item had an ascending order of values.

3) The comparison of the quality of the social responsibility test, devised by the researcher, for grade 7 students between before and after grouping students with socially desirable response scores from the socially desirable responding test which was based on the Classical Test Theory (CTT) revealed that the discriminations before SDR grouping varied from 0.227 to 0.584, and from 0.305 to 0.611 after SDR grouping, The Cronbach's alpha reliability was = 0.865 before grouping and = 0.861 after grouping, respectively. In terms of quality according to the Item Response Theory, the common slope parameter (αi) which was higher than 0.65, was seen in 27 items before grouping, and in 28 items after grouping, and regarding the threshold parameter values (

2 distributed towards both positive and negative sides in 7 items before grouping and in 8 items after grouping. However, all questions in the social desirability responding, both before and after grouping, had ascending