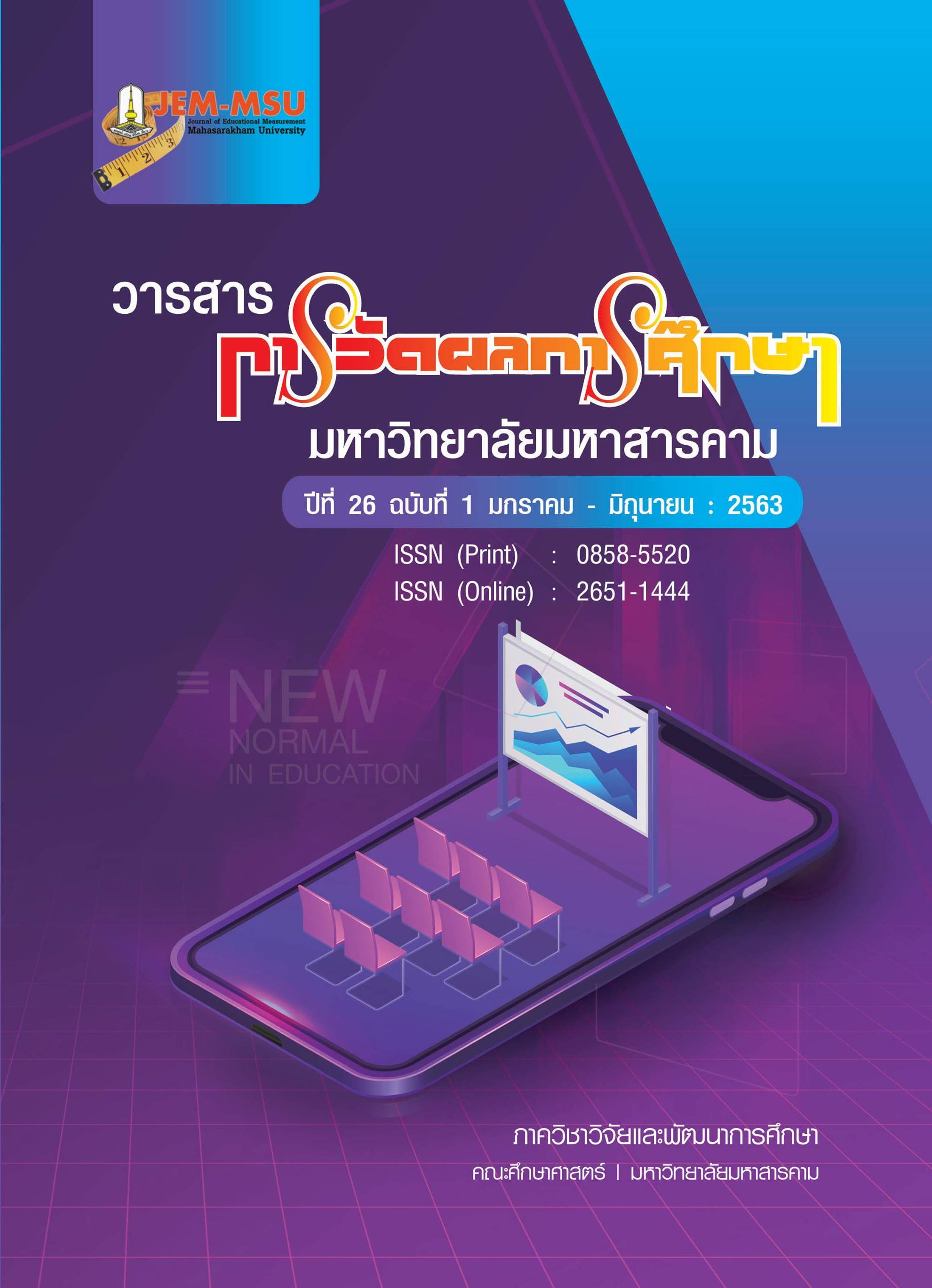 The results revealed that:

Discriminant equation in the form of raw scores

Discriminant equation in the form of standard scores

2. The guidelines on decreasing the number of the 1st year undergraduate dropouts at Mahasarakham University are as follows:

1) On the student aspect, there should be activities for adjusting student’s attitudes toward a favorable path for education. Responsibility for one’s own duty should be instilled in students, and students should be promoted to adjust themselves to living together on campus.

2) On the family aspect, the university ought to support students in education, family income and relationship within the family by holding meetings in order for parents to gain understanding of learning and teaching in each field. The university should elucidate how it promotes student’s part time jobs as well as how to find ways together to solve students’ problems.