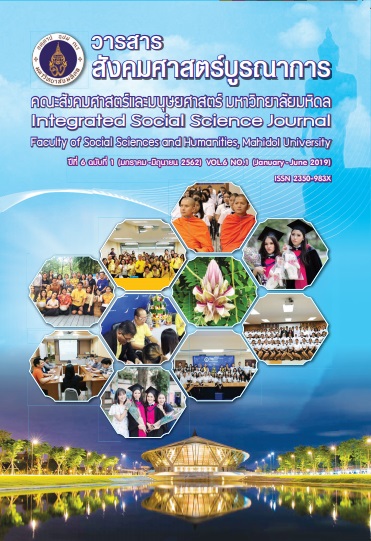 Public Finance is a part of the government’s finances which thoroughly occupied and managed by the government. Besides, it is also related to the public monetary activities, which is an important institutional unit of the social system and it has inevitably been affected on citizen’ s lives in the country and has also played the key roles of public economy. The objective of this academic article is to compare the public finances of five countries including; Thailand, the United State of America, the United Kingdom, Singapore and the Republic of Korea.            The main reason is that these countries are the world’s superpower, economic of various regions which all affected economic model, public finance and administration as well as have been interesting in economic development and backgrounds. For example, in case of major economic crisis, whether there’ re crisis of Tom Yum Kung, Hamburger Crisis with starting point from Thailand and the United States. Economic Development of the Republic of Singapore and Republic of Korea which leap forward or even the separation from the European Union of the United Kingdom. All of them are the countries that have supreme case study of the public finance system with important areas related to contents considered in six issues, defined in terms of them which are composed of government reverence, public expenditure, public debt, government budget, fiscal policy and monetary policy.