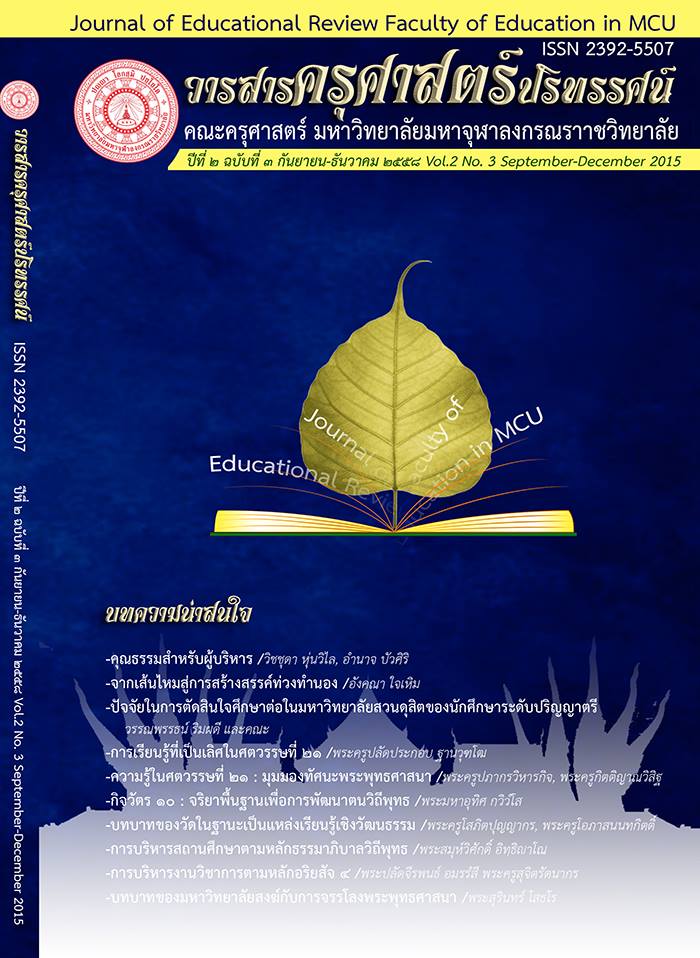 King Rama V believed that education was the most important and he started to reform the education system as other civilized nations did. The people had a chance to study systematically. For monks and novices, he encouraged and supported them to study both Scripture and modern subjects concurrently. Under his patronage, Mahathat College was established in B.E. 2432, and later in 2439, its name was changed to ‘Mahachulalongkorn rajavidyalaya’. This institution has provided Buddhist education and advanced education to monks and lay-people.

Students of Mahachulalongkorn University studied Buddhism and meditation in both theory and practice. Before graduation, students have to do the internship course in temples or schools. That is to help prolong the establishment of Buddhism.