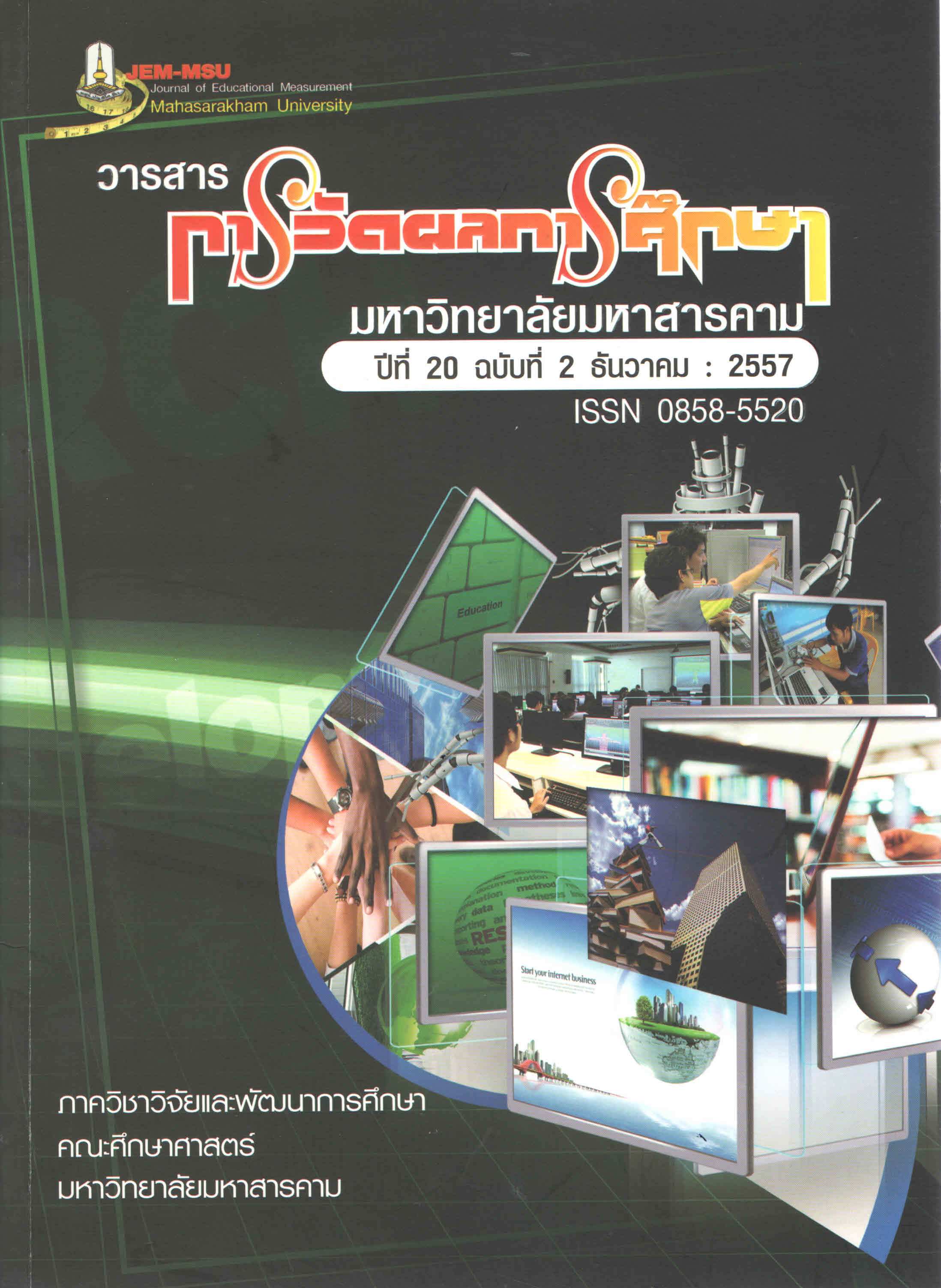 The objectives of the research were to survey the phenomenon of ecocultural changes in Baumas sub-district focusing on culture, traditions, beliefs,
causes and factors, to explore the body of knowledge of folk wisdom and to
study models of folk wisdom transfer based on eco-cultural concepts in Buamas
Sub-District, Borabue District, Maha Sarakham Province. The target population was
fifteen local experts in Buamas Sub-District, Borabue District, Maha Sarakham
Province. The qualitative methodology was employed for the community-based
research adopted from Thailand Research Fund Office. The instrument was an
observation form, a note-taking form, and an interview form. The data were
analyzed by the inductive method.
Results of the research were as follows:
1. According to the long history of Baumas Sub-district, the villagers
immigrated from Sri Chaiphum City, Suwannaphum District, one district of Roi-Et
province. Most of people in the sub-district are farmers. They have preserved their
cultural identity for many years such as clothing: sarong for male and female, food
and growing rice by asking the help from friends or neigbhours. Heet Sip Song
traditions have been particularly persevered for the next generation, and the
villagers have believed in the magical power of Buamas Shrines and Don Pu Ta.
However, the culture and traditions have disappeared gradually from their
community. The main reasons may be caused by the changes of environment,
society, economy, and technology.
2. In case of the body of knowledge of folk wisdom in Buamas Subdistrict, the knowledge of Buamas Sub-district was classified into fifteen subtopics: history of community, history of Baumas shrine, Mudmee silk production,
herbal experts, cotton cloth weaving, herbal medicine for pregnant woman,
making soured fish, making sedge mat, handicraft, fishing, making fermented fish,
mushroom pick, Don Pu Ta, making fishing net and herbal medecine for snake
venom. The folk wisdom was divided into four main topics: foods, clothing, herbal
medicine and culture, traditions including beliefs.
3. Regarding a model of the folk wisdom transfer based on the ecocultural concepts was composed of five methods/strategies: (3.1) Peeping at the
local wisdom (3.2) Help of the local wisdom (3.3) Questioning (3.4) Informal Group
discussion (3.5) Instruction