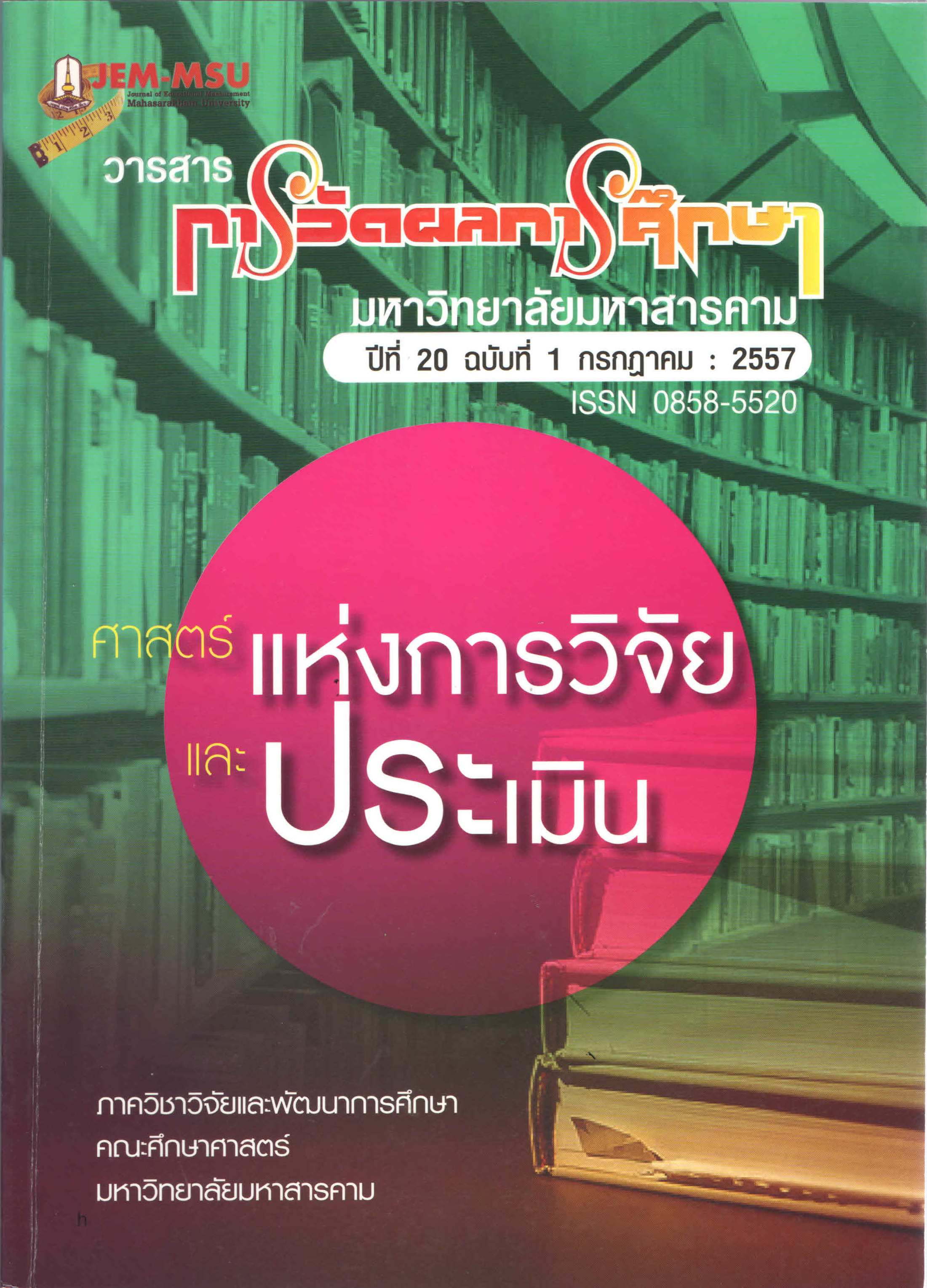 A person’s behavior will occur when that person come to live in society
by having status of beliefs from Parenting, Self-confidence which are partly factors.
Living together in society which is the sane concept as the structure of society,
cultural duties and roles, customs, traditions and norms as well as the same
values which are primary factors can push them to originate a variety of behaviors
of persons and can become the model of behaviors The purposes of this study
were to : 1) to analysis classify students of Consumptionism Behaviors of High
school Students belong to The secondary Education Service Area office 33, 2) to
develop model of Structural equation mixture Model of Factors Influencing
Consumptionism Behaviors of High school Students belong to The secondary
Education Service Area office 33. The sample consisted of 572 High school
Students belong to The secondary Education Service Area office 33 year of 2013,
obtained using the muti-stage random sampling technique. The instruments
used in the study were : a scale on Consumptionism Behaviors ; a scale on
Parenting ; a scale on Self-confidence; and a scale on Media consumption
with discriminating powers (rxy) ranging 0.217 to 0.708, 0.218 to 0.810, 0.382 to
0.648 and 0.203 to 0.760 respectively and reliabilities (α) of 0.883, 0.858, 0.939
and 0.960 respectively. The data were employed descriptive statistics, model
validation and multiple group.
The study findings could be summarized as follows:
1. The development and goodness of fit test result of the model
revealed that the model was consistent with the empirical data at a good level
tested by the statistic test of the consistency (  2 = 153.503 , df = 102 , 2/df = 1.505,
P = 0.0007 , CFI = 0.990 , TLI = 0.985 , SRMR = 0.027 , RMSEA = 0.030) All causal factors
could explain the variance of Consumptionism Behaviors at 74.90 per cent.
2. The invariance text of the model and parameter result of the factor
model influencing the Consumptionism Behaviors of the students showed that
there was na invariance in the structure but there were variances in the
parameters among the male and female.
In conclusion, there were several factors influencing the Consumptionism
Behaviors of High school Students such as Self-Confidence, Parenting and Media
Consumption. Thus, all concerned parties i.e. teachers, administration, parents
and students should support, encourage and develop these factors in order to
create the students. To modify Consumptionism Behaviors to improve further.