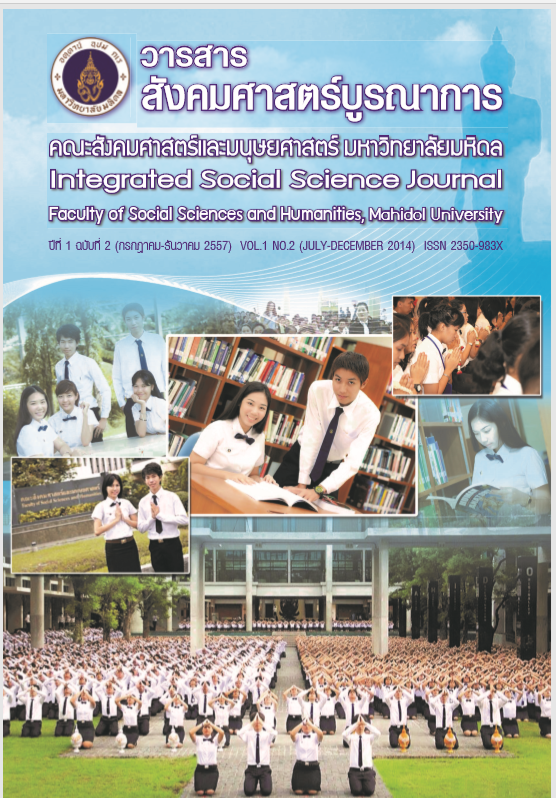 The results were as follows 1) from the documentary analysis, it was found that the effectiveness of Kasetsart University research administration before and after the implementation of the National Research Project policy complied with the Commission on Higher Education criteria was at a low level (12.85%, 16.09%, respectively). When each aspect was considered, it was found that all of them were at low levels which were the amount of published research (9.34%, 13.47%, respectively), the amount of research citation (18.48%, 27.38%, respectively), the amount of patented research (0.11%, 0.32%, respectively) and the number of research grants (23.45%, 23.20%, respectively). 2) The study of 4 factors including policies and plans, management, knowledge, understanding and research ethics, and attitudes of personnel who implemented the policy could hardly predict the effectiveness of the implementation at 0.05 level of significance. The predictors accounted for only 0.20 percent (R2 = 0.002) which showed regression coefficients of 0.019, 0.031, 0.019 and 0.009, respectively. 3) Kasetsart University personnel’s opinions on the effectiveness of the National Research Project policy were not significantly different in the four campuses.