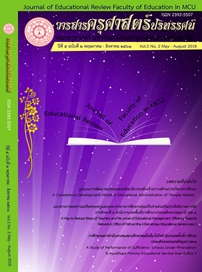 This research aims to 1) to study the characteristics of provincial politicians; (Member of the House of Representatives) Phra Nakhon Si Ayutthaya from the beginning in the first election in 1933 to the present. 2) Another purpose this research made was to learn about political networks and relationships Ayuthaya politicians established in order to organize their staff, run their electoral campaign, as well as deal with their political party. The methodology used in this research relies primarily on qualitative methods consisting of documentary and explanatory research, interviews, and group discussions.

The major result is that

3. The success politicians at this time established a strong relation with local business, politicians at local level as well as high positioned government officers. Moreover, politicians in this period have changed their campaign strategies from conducting an intensive field visit to campaign management in particular by establishing a strength canvasser-network.