The north eastern region of India is a resource rich backward region. What stands out in the development narrative of India is the inability of the state to restore the dynamism and vibrancy of the region at the time of independence. Partition of British India into India and Pakistan in 1947 led to complete dislocation of traditional routes of trade and commerce developed over centuries. The emergence of international borders compelled the people to use much longer routes which rendered most of the economic activities highly uncompetitive. The region which started with only 3 states now has 8 states and there is a clamour for more states. The region has been bypassed by economic development. India’s Look East Policy (LEP) aroused lots of optimism as it would lead to rediscovery of the self. Not only it would lead to reopening of the traditional routes, it will also give the region access to a dynamic fast growing market. When LEP was initiated in the early 90s because of geo politics, India’s LEP had little northeast content. Today, geopolitics is giving this region a much bigger role in India’s renewed attempts to participate more meaningfully in the Asian century.

Lall, Marie (2008), “India Myanmar relations –geopolitics and energy in light of the new balance of power in Asia,” ISAS working paper no.29; Jan.

RIS (2011), “Expansion of North east India’s Trade and Investment with Bangladesh and Myanmar: An Assessment of the opportunities and constraints,” Research and Information System for Developing Countries, Ministry of Development of North Eastern Region, North Eastern Council

Sarma, A. (2013), “The North east as gateway to South-East Asia: Big Dream and Home truths,” in M.C. Behera (ed) “Northeast and Globalisation Issues betwixt and between,” Guwahati: DVS Publishers.

Upadhyay, V. (2013), “Looking beyond the borders: globalization and development of North east India,” in M.C.Behera (ed) “Northeast and Globalisation Issues Betwixt and between,” DVS Publishers, Guwahati. 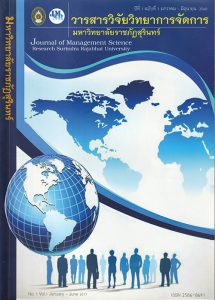