The thesis “A Creation of Thai contemporary Dance
Drama” is a creation art performance research based on a
story of “Ta-Wi-Pob” written by Lady Wimon Siripaiboon as
known as Thommayatee. It has been brought up and modified
the line of art performance to create a concept and structure
of The Thai Dance Drama for leading to a format of Thai
Dance Drama. The purpose of this study were to create the
structure and form of Thai Dance Drama is based on
significantly traditional Thai Dance Drama by making
hypotheses of research. The hypotheses which lid to the
creation of Thai contemporary performing arts should be
revealed in the context of people in each era, and how the
method cloud be presented by the new era of drama. This
research studied about structure of original Thai dance
Drama and applied opinions of the expects, and other related
theories; opinions of expects; as well as concerned theories
of the thesis such as aesthetics, theatrical dance, organization
and management, creation of dramatic arts, composition of
Thai performing arts, and interpretation by media. There are
four tools that have been used in the research which are
gathering documentary and information started from June
2011 until March 2014 locally and internationally
The finding reveals that the concept of artistic
production in accordance with the creation of performing arts
which got along with the era had to come from the context of
that moment. This was a reason “Ta-Wi-Pob” was choosen to
be presented. The story was similar to the current
circumstance, therefore each character cloud be easier to
understand, while actors and the audiences could be
complied with the story. The components fo the re-created
performance were composed of 1) dramatic composition 2)
choreograph 3) costume 4) music arrangement 5) stage
management and 6) lighting. The operations were taken laws and management systems into consideration 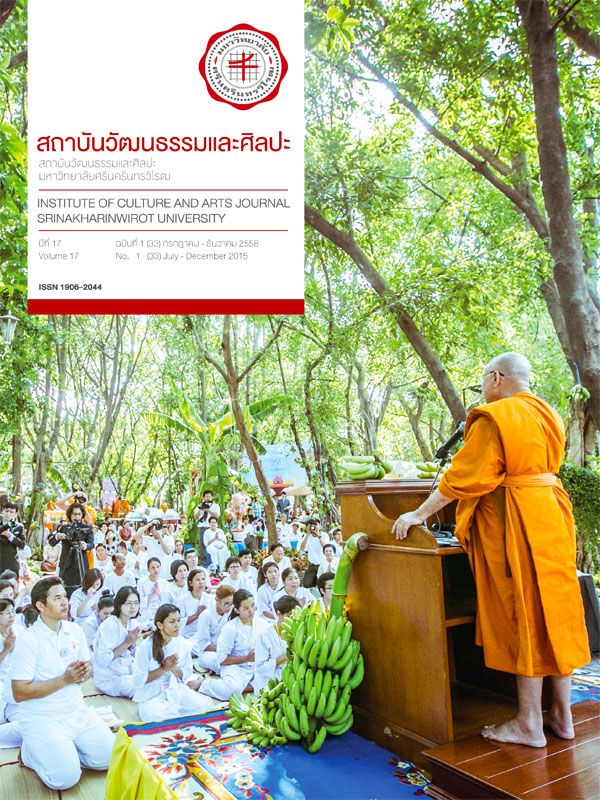 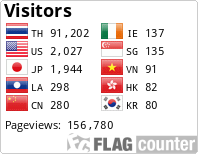