All rights reserved. Apart from citations for the purposes of research, private study, or criticism and review,no part of this publication may be reproduced, stored or transmitted in any other form without prior written permission by the publisher. 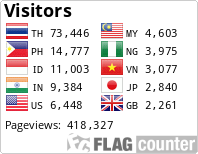