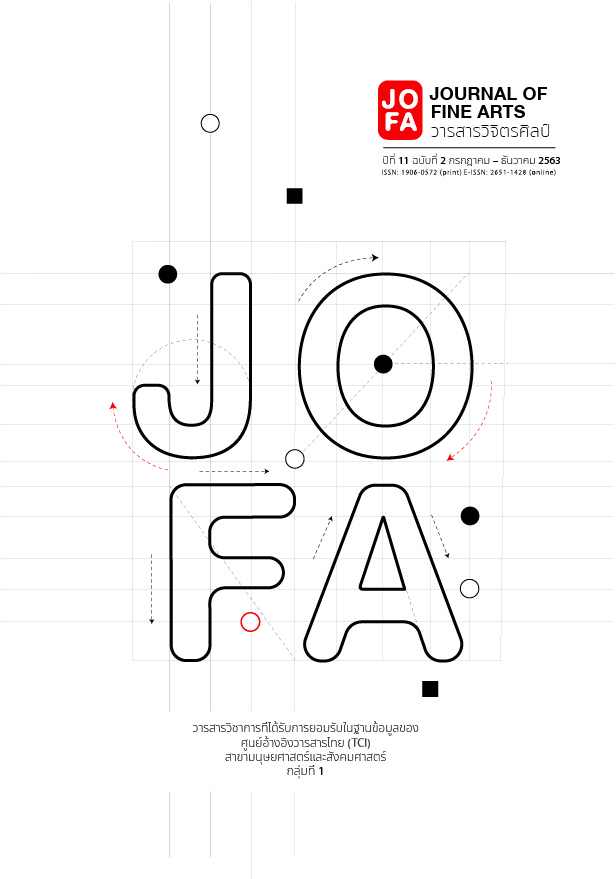 This study is the collection of bodies of knowledge relating to wild orchids (Uoeng) in rites and beliefs in Lanna culture. This research project is a qualitative one with the aim of responding to the idea of Her Royal Highness Princess Maha Chakri Sirindhorn for the project of plant conservation. The bodies of knowledge concerning orchids in rites and beliefs in Lanna culture that are gleaned in this study can be developed as the cultural heritage of Lanna in the future. The knowledge is presented through descriptive writing and photographs. The research method is Participatory Action Research (PAR). The field works are conducted in 3 provinces, namely, Mae Hong Son, Chiang Mai and Lampang. The researcher has interactions with the locals.
This research also aims at generating consciousness and awareness of the locals in order to urge them to participate in the conservation.

For instance, the Fon Phi Rite (the rite to dance to worship sacred spirits) must be held during summertime when Uoeng Phueng (Dendrobium lindleyi Steud) are blossoming because
Uoeng Phueng flowers are used in the rite. In addition, the flowers of this orchid are also used for making offerings in significant Lanna ceremonies or celebrations. For instance, in some ceremonies, one of the offerings is Ton Phueng which is wax mold into the shapes of
Uoeng Phueng flowers.

In addition, each of the studied areas has identities in terms of the use of flowers of wild orchids that grow in each region in each particular geographic feature. People in an area use wild orchids that are different from those in another area, depending on traditions, rites and mores,
with seasons and geographic features of each area being the dominant factors. For examples, in Mae Chaem District, Chiang Mai Province, people use Uoeng Ngoen (Dendrobium draconis Rchb.f.) in Lanna New Year’s Ceremony whilst people in Kham Yuam District,
Mae Hong Son Province, use Uoeng Sae (Dendrobium scabrilingue Lindl.) for worshipping Lord Buddha, and in Lampang Province, people use Uoeng Phueng in both Buddhist and Animist rites in the period between March and May. Therefore, it is apparent that, studied or looked in-depth, wild orchids play essential roles in rites and ceremonies in Lanna culture.

In addition, concerning Lanna literatures, wild orchids are mentioned in Thet Mahachat Phak Phayap (Sermon of the Previous Life of Lord Buddha from the Northwest), Soi Sangkon Version, which is the Mahachat Sermon in Lanna Version with literal artistic features, which mentions wild orchids, such as Wannaprawet Chapter, Chulaphon Chapter and Mahaphon Chapter,
which mention what wild orchids can be found during a trip in the forest. This literature
has led to the norm to decorate a forest arch with orchid flowers in a Tang Tham Luang Ceremony (the custom whereby people listen to sermons of important stories such as
the previous lives of Lord Buddha), and the drawing of orchid pictures on Tung Khao Tham (flags for decorating temples in a Tang Tham Luang Ceremony).

All the aforementioned bodies of knowledge are interesting because they indicate both meanings and origins of culture and significance relating to beliefs and forms that lead to the creation of applied art works. In this study, bodies of knowledge of Lanna beliefs and rites that use wild orchids or Uoeng as symbols to manifest certain meanings. These bodies of knowledge have played important roles in enabling us to understand Lanna society and culture in which
the nature is used for determining rules in several aspects and has various functions in terms of arts, tradition, beliefs, rites, performing arts, Buddhist literatures, social and culture.
These bodies of knowledge reflect the beliefs that happen in Lanna society. Thus, the dissemination of such knowledge will lead to the development and the implementation to the aspects of living and culture in the future.

Feedback to Journal of Fine Arts 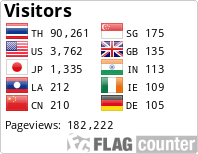