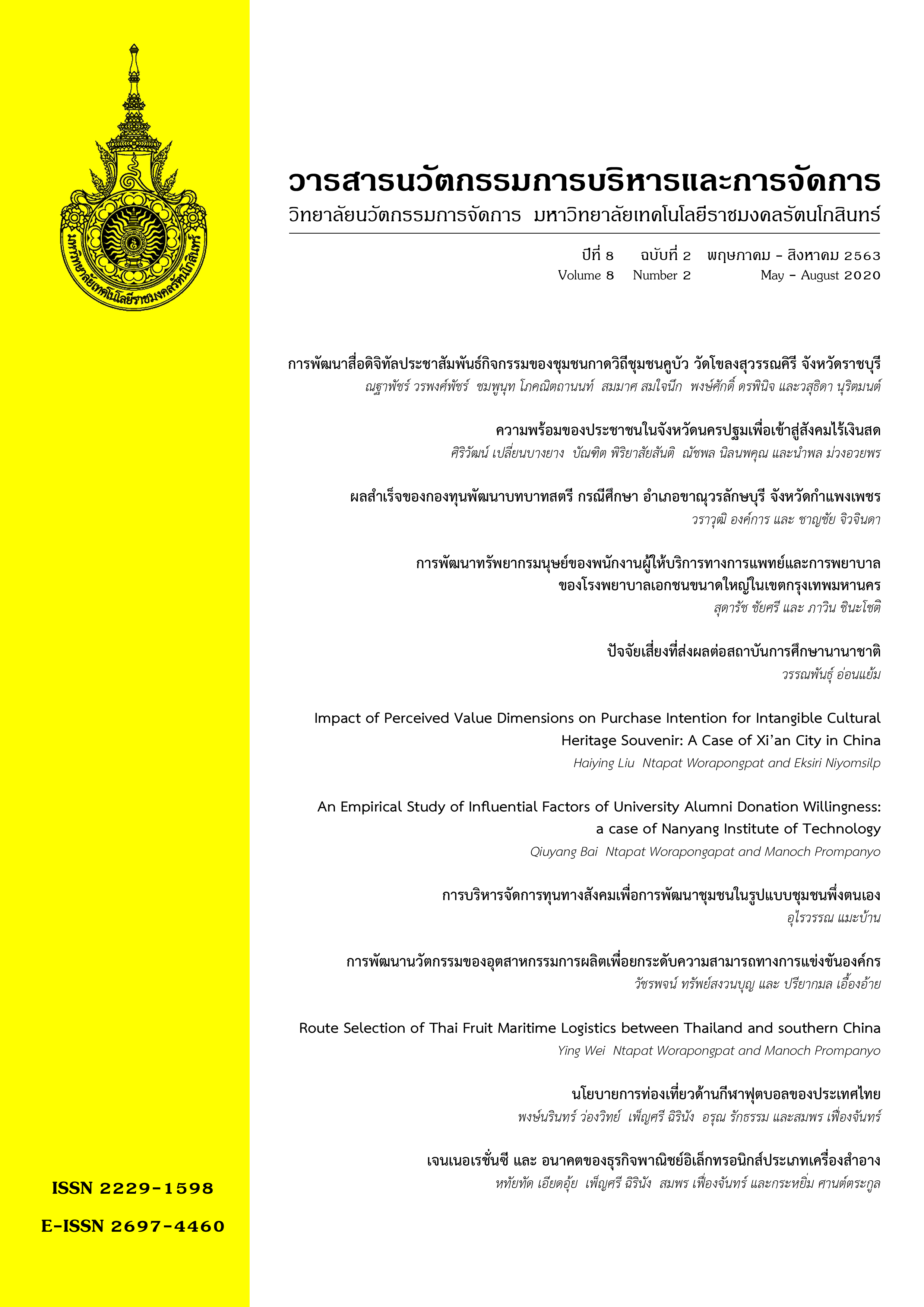 The research Eastern Economic Corridor: According to Thailand 4.0 Economic Policy is in the field of administration and management in organizational development. It is the depth-study insight the Mega Project of Thailand in Eastern Corridor such 3 Eastern provinces in Eastern Special Development Zone Act, 2018 (ESDZ Act 2018) as Chachoengsao, Chonburi and Rayong, and purposing Thailand 4.0 to be the modernization country in the next decade. This thesis focuses on the specific issue of the relationship Thailand Eastern Economic Corridor (Thailand’s EEC) and Thai Economic Policy. It will attempt to answer the questions how Thailand Eastern Economic Corridor relationship to Thai Economic Policy, and what are the key success factors of this relationship also. The methodology in this study isqualitative method. Basically, qualitative research was used to identify relevant variables and issues for examination which issues arising from the qualitative work were then further explored through subsequent interviewing, in-depth interviews of experts in the fields, across the fields and other key informants, some of whom wished to remain anonymous. This method has been employed with success on previous studies.By the result of the study, the research was aimed to accomplish research objective 1, i.e., to determine the current situations of EEC which impact on Thailand Development was met the objective clearly, To accomplish research objective 2, which aimed to find out more effective ways to innovate Eastern Special Development Zone (formal name for EEC) for Thailand development, all key informants were asked to explain more in questionnaires related to be concern with EEC and to be concern with Thailand Economic Policy.Considerably, Thailand is the perfect channel to the potential region because the country located in the center of Asia where more than half of the global population reside. Which known as the key geographical gateway to one of the most prosperous regions in the world.