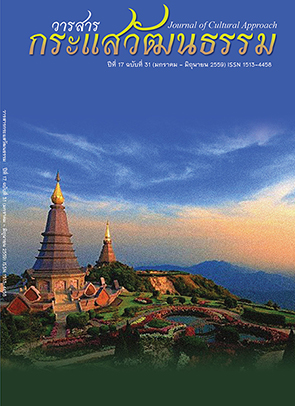 According to a study on the cultural management of a case study of Thai Folk Performances in Uttaradit Province, the results showed that the objectives were collaboratively defined by the group members, the roles and responsibilities were defined by the areas of expertise, there was the collaboration between community members and external parties, the Thai Folk Performances’ leaders were given the power, and everyone had parts in a shared responsibility. In terms of roles and functions of conservation, development, and transfer of wisdom, it found that there was the work collaboration between local artists, members and organizations of the community. In terms of guidelines for problem-solving regarding the cultural inheritance of Thai Folk Performances, there should be more allocation of the budget for operations, there should be more public relations to external organizations, and the personnel should be supported to have the knowledge and encouraged to jointly promote the Thai Folk Performances even more.