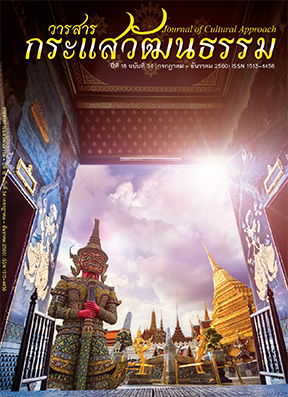 The study of his biography and his works revealed that Mr. Mongol Amatyakul was born on February 9th, 1918 in Pra Nakhon District, Bangkok. He accomplished his graduation in elementary (Pratom) level and early secondary level (Mattayom 1) from Wat Chanasongkram School, Mattayom 3-4 from Horwang School, and Mattayom 5-6 from Prathumkongka Scool. Later, he continued his study in pre-university level or Mattayom 8 in Suan Kularb Wittayalai School and went to Faculty of Veterinary in Chulalongkorn University. During his 4th year of university, World War II began which compelled the university to announce an academic break. Therefore, he started to participate more in his music path. He formed a band named “Chularat” and his music was performed by the renowned artists namely Mr. Pong Preeda, Mr. Nakhon Tanomsab, Mr. Toon  Tongjai and Mr. Pon  Pirom. These 4 artists were known as “The Four Musketeers” of Chularat Band. Besides his work with the band, he contributed success to several Thai artists. Chularat Band had been performing ever since until 1973. The band broke up due to his physical condition. He was given medical treatment all along. At last, he passed away at 72 during the way to the hospital. Royal cremation ceremony was granted to him on January 3rd, 1990 at Makut Kasat Karam Temple.

The 6 chosen songs composed by Mr. Mongol Amatyakul were written in AABA and ABCD structures, mainly in 3/4 and 4/4 time with various syncopation patterns in each song. In addition, the songs employed sequential movement rather than leap movement with the scale range from Perfect 11th to Perfect 12th. Most songs were written in pentatonic scale and the lyrics were mostly rhymed at down beat notes more than upbeat notes.

[4] Chularat Band. (n.d.). In Wikipedia. Retrieved from https://th.wikipedia.org/wiki/Chularat. (in Thai)