Anamnikaya is a sub-sect of the Mahayana sect in Thailand. It have beginning with the Saṅgha from Vietnam Had immigrated to stay asylum in the Thonburi period. Buddhamāmaka Vietnam in Thailand invite them come in. The traditional culture of the first sect of Anamnikaya It is practiced like Mahayana Buddhism in other countries such as China, Korea, Japan, and Vietnam. Due to having to be separated from their original residence Entered Thailand as a country of Theravada Buddhism. In the beginning, Thai Buddhists were never familiar before. Causing some misunderstandings. Therefore, the practice culture, including various rituals, must be adjusted to suit the culture of Thailand. It is an interesting point that the culture, practices and rituals What is the origin of the Anam sect? What is culture, including rituals That have been modified? And is likely to change Or advance further or not? This article would like to present The implement culture of Anamnikaya in Thailand to answer the above question. 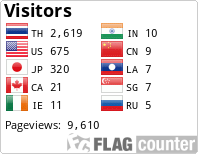