The purpose of this research was (1) to study the effectiveness index of video media for self-learning (2) to study the results of video media usage. Before and after studying (3) to study the satisfaction with the use of video media The target group is 115 patients with renal disease, phase 4-5, a group of patients with renal degeneration who come to the clinic for retinal degeneration, Nong Khai Hospital. By purposive selection, tools used in this research were 1. Video media for self-learning 2. Test of knowledge and understanding about using video 3. Test of satisfaction Of renal patients with video media The results of the research are as follows: 1. Video media for self-learning For renal patients Kidney Clinic Nong Khai Hospital With the Effect Effect Index (E.I.) equal to 0.49, indicating that media users have made progress in learning. Increased by 49% 2. The results of using video media Found that the patients who used the video media created by the researcher The average score of post-graduate was higher than before in all aspects. 3. Patients using video media which the researcher found that had an average satisfaction score of 4.47, which was at a very high level. The statistics used for data analysis were percentage, mean, standard deviation and The Effectiveness Index (E.I.). 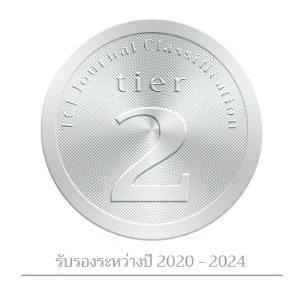